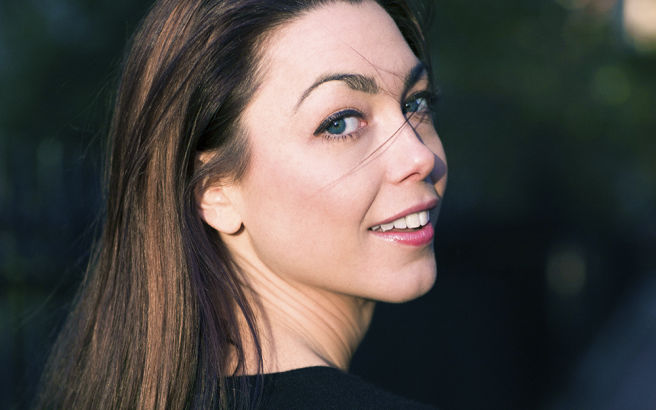 Maya Albanese is a writer/director who crafts visual narratives that empower women and spotlight the stories of unsung heroes worldwide.

In 2015, she received a journalism-­film hybrid Master of Science in Documentary Filmmaking from Columbia University in New York. She was one of just twelve young filmmakers accepted to the competitive program.

She has directed, shot, and edited independent films that give a voice to underserved minorities and people with disabilities. Her first documentary “Cuba’s Violin” (2014) is a bilingual story about a donated violin that stealthily travels from NYC to a talented young musician in Havana. It screened at festivals worldwide and was purchased by five digital publications in the U.S. and Cuba. Columbia University featured Maya in their publication for getting into Cuba to find this story before and during the history-­making announcement of U.S.-­Cuba relations normalization.

Maya’s second documentary film, “Blind Date” (2015), follows three diverse blind New Yorkers on their quest for love in the digital age, which premiered at DOCNYC and screened at other film festivals nationwide. Maya has since shot two other projects that feature the stories of disabled heroes, including a feature that is in post-­production now.

She is also a correspondent, host, and interviewer who has interviewed an incredibly diverse array of high-­‐level people, world leaders, and culture icons. She brings her advanced interviewing skills to set when she directs talent in her doc-­‐ style and scripted commercials.

In addition, Maya has spoken at dozens of events, including ‘Sustainable Brands’ and ‘Summit Series,’ about sustainability-­‐focused media.

"HISTORY"
Behind the Scenes